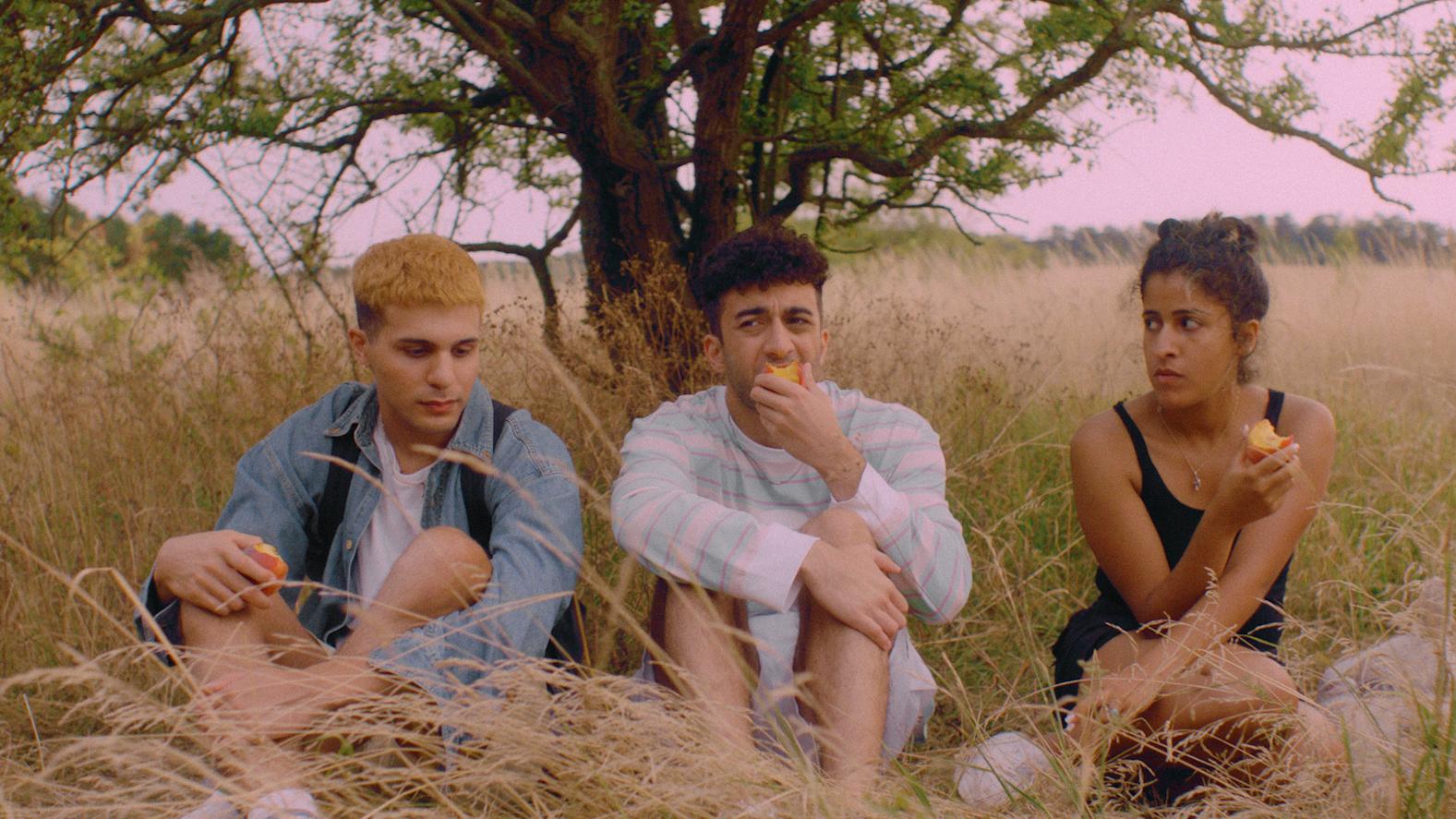 High-cut trousers, skin-tight t-shirt, short, peroxide-blond hair. Parvis, the son of Iranian parents, has established himself in the attic of his parents’ house in a quiet new housing estate in Lower Saxony and is busy trying out everything and anything from sex dates to raves. After getting caught shoplifting, he is sent to do community service in a refugee shelter where he falls in love with Amon, who has fled Iran with his sister Banafshe Arezu. The trio enjoys a summer of fierce partying till dawn, coloured by the realisation that, in their different ways, none of them is at home in Germany.

Faraz Shariat
Born in Cologne, Germany in 1994, he worked first as a director and actor at Schauspiel Köln and on video installations for the Staatstheater Hannover before studying dramatic arts at the University of Hildesheim. His work focuses on post-migrant experiences and stories about immigrant families. His debut feature film, No Hard Feelings (German: Futur Drei), evolved from his autobiographical documentaries exploring his family history and from his work as a translator for refugees.