“Travel and Travellers in the Eastern Mediterranean in the 15th century”

“Travel and Travellers in the Eastern Mediterranean in the 15th century” 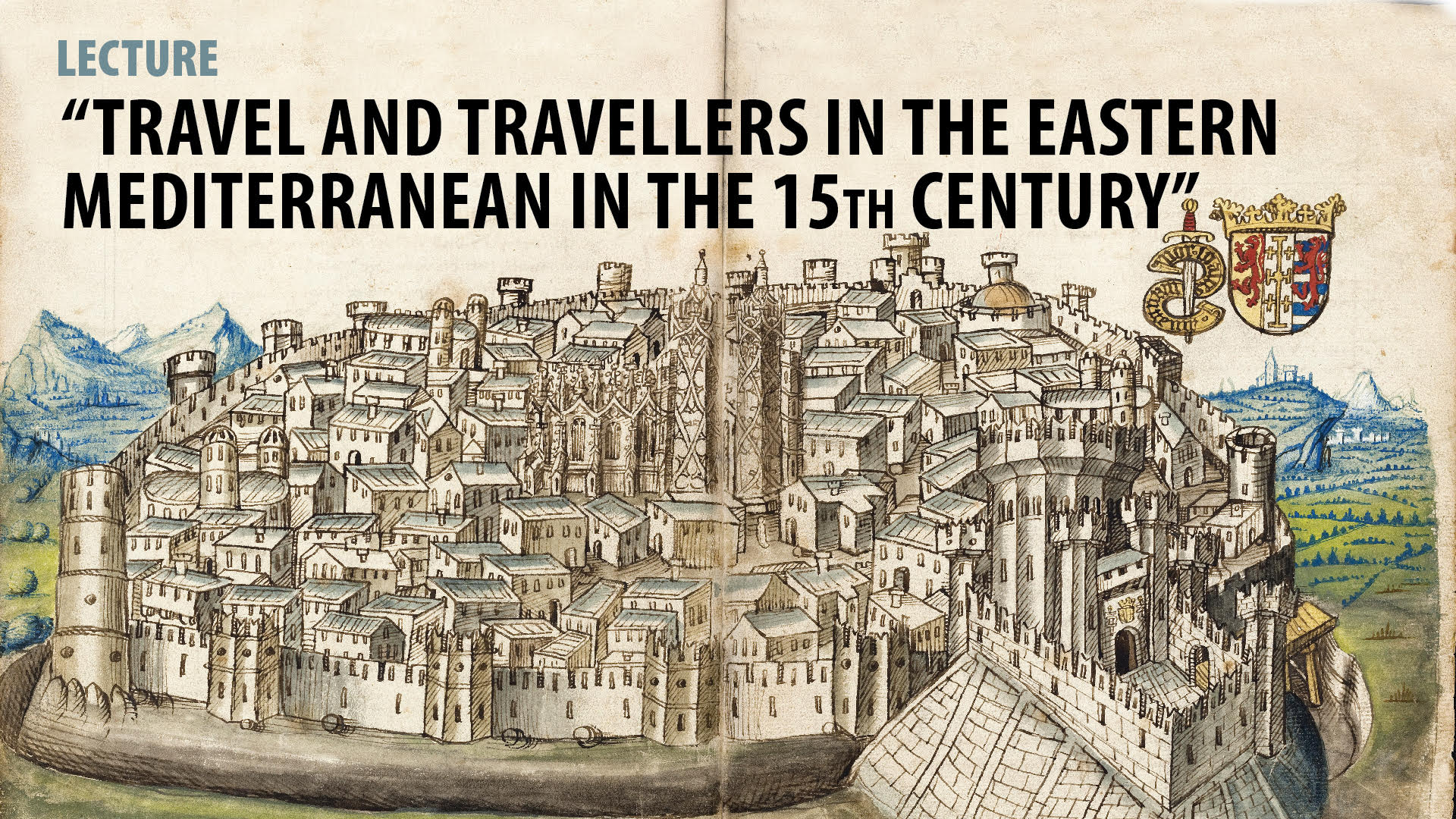 Within the framework of the exhibition “The Grünenberg experience: a medieval view of Cyprus”, |
Dr. Annika Stello, historian and Special Collections curator at the Baden State Library, will be giving a lecture on “Travel and Travellers in the Eastern Mediterranean in the 15th century”.

Konrad Grünenberg, a citizen of Constance, made a pilgrimage to the Holy Land in 1486. His journey took him from Venice along the eastern Adriatic coast, around Greece and via Crete, Rhodes and Cyprus, to Palestine – as was customary in his time. Thus, he was part of the very busy sea traffic between Western Europe and the Eastern Mediterranean, where the Italian Maritime Republics of Genoa and Venice played a major role throughout the latter Middle Ages. The lecture traces the general sea voyage conditions of the time, the main route(s) from Western Europe to the Middle East, and the surrounding political and social conditions of the late 15th century, a time when the Eastern Mediterranean was perhaps even more than today a space for encounter and exchange between different cultures.

With the kind support of the Nicosia Municipality.