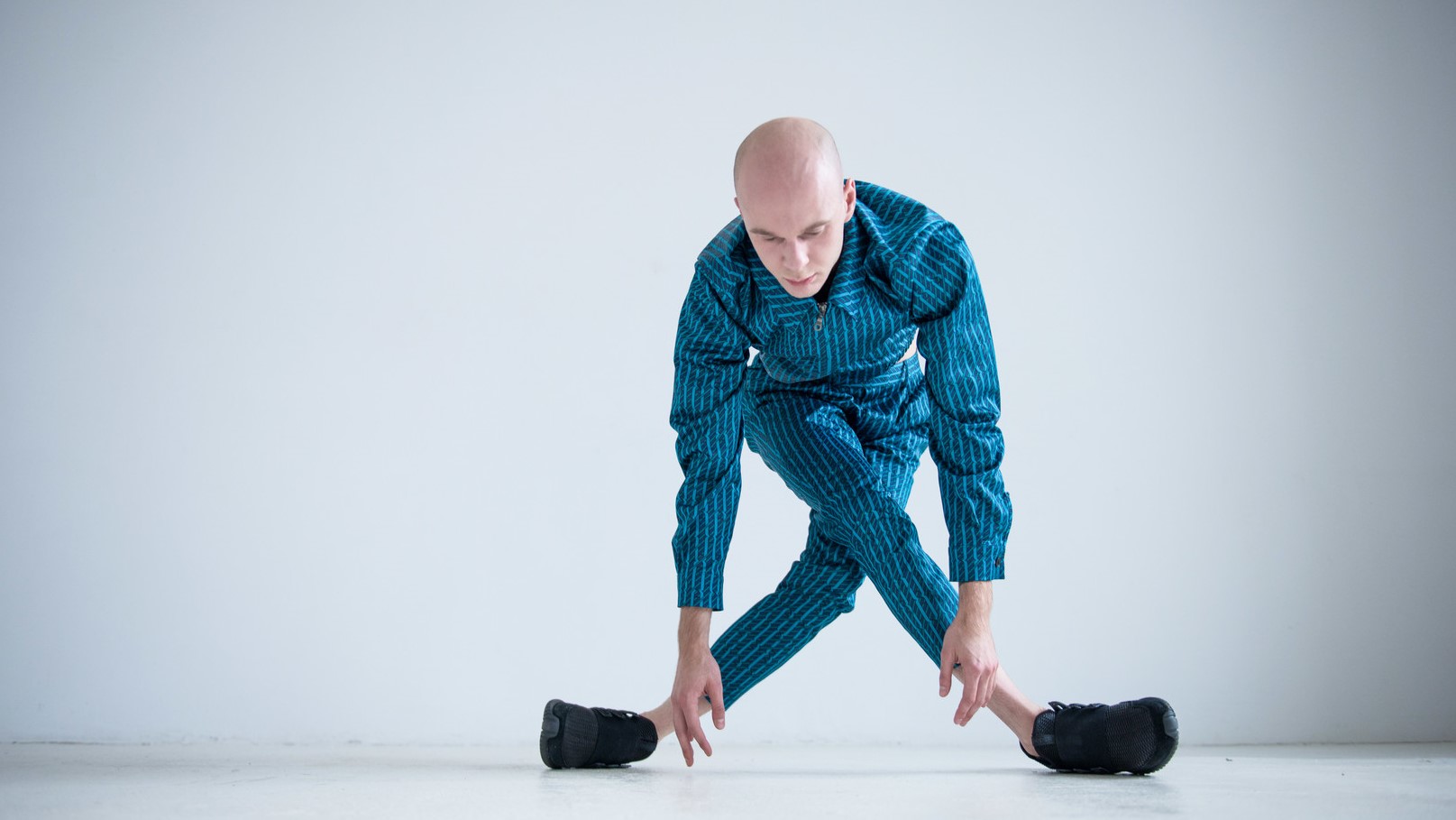 Within the framework of the dance film festival Moving Images, which is organised by Egomio Cultural Centre every year German dance films are presented in collaboration with the Goethe-Institut Zypern. Three films that have been selected by Elena Christodoulidou (Egomio Cultural Centre) give a glimpse into the dance scene in Germany, where many international artists work.

The films of the dance film festival Moving Images will be screened on 27 November 2022 in a continuous loop between 12 and 5pm.

With this new form, the subject uses his movement abilities and the potential of his imagination in order to mirror our new future selves.

Marcin Motyl is an independent dancer, choreographer and video artist based in Berlin. Today, Marcin is working to design a unique auteur creative method while developing a specific language of movement. Intending to create an individualistic approach to choreography, employs his professional education and experience as the foundation, blending it with broadly defined notions of the abstract and his personal interest in the human mind. To date, his works have been shown in Japan, China, Germany and Poland.

In the garden room of the Cromford mansion, four dancers grapple with their understanding of dignity. Dressed in workers’ overalls, they form a considerable contrast to the sumptuously furnished room, which was once facilitated by child labor in the 18th century. The diverse cultural origins of the dancers underline their different understanding of dignity and human rights.

The complexity of the topic is also supported with the help of fractal technology. For this, the dancers interact with a separate camera, which was placed directly in front of a monitor showing the filmed images. The inertia of the image transmission results in a time delay in the choreography and thus creates new approaches to movement. The result is a kaleidoscope as versatile as the understanding of dignity itself.

Nadja Görts studied musical theater and is currently a dance master student at the German Sport University Cologne, Germany. She has appeared in numerous dance performances, musicals, operettas and operas and is working as a choreographer at home and all over Europe. She is also a music theater educator for the German Rhine Opera. Her dance film debut DIGNITY won awards at international film festivals and the live adaptation premiered at Cromford Manor in April 2022. Nadja is currently working on a new performance dealing with the relationship between mother and daughter.

Carrières is a short dance film that presents a pas de deux interpreted by two professional dancers. It tells the story of a romantic encounter evoking the theme of separation. This short film has been entirely filmed in the « Carrières de Lumières » in Les Baux de Provence.

Maxime Mathieu has been dancing in several European ballet companies such as the Stuttgarter Ballet, Royal Ballet of Flanders, Wiener Staatsballet and Ballet de Nice Méditerrannée, as well as guesting with the Cape Town City Ballet, the Tivoli Ballet Theater and the Ballet West Scotland. Since 2012 Maxime Mathieu choreographs and teaches. Currently a dancer at the Badisches Staatstheater Karlsruhe, he received distinctions for his creations as a choreographer in New York (Valentina Kozlova competition) and at the Varna International Ballet Competition. Since 2021, Maxime produces and directs short dance films such as «The Embrace», «Chaconne» or «Carrières».